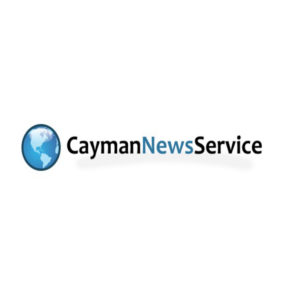 (CNS Business): In a dispute between a member of the Cayman Islands Real Estate Brokers Association (CIREBA) and a non-member over commission in a high end real estate transaction, Chief Justice Anthony Smellie ruled that Remax, one of the defendants in the case who acted for the sellers, “could not stand behind the CIREBA rules to keep the full commission for itself” and ordered them to pay the agents for the purchaser, Cayman Realty Consultant (CRC), one-half of the 5% of commission on a US$6.6 million transaction instead of a “referral fee” of US$30,000 that it said it was restricted to pay according to CIREBA rules. The judge said there was no reason in the public interest to justify invoking the CIREBA rules to block an award that was otherwise justified.

The association’s rules state that, in any sales transaction involving members and non-members, the commission split can be no more than 20% to the non-member. Any member paying more than this to a non-member is fined CI$5,000 for a first offence, CI$10,000 for a second, with a lifetime ban from CIREBA for a third offence.

“While such covenants enforced by penalties may be effective as amongst CIREBA members in restraining dealings between CIREBA and non-CIREBA members, they can hardly be regarded as likely to foster competition in the public interest. In my view, they present no such or any other fair basis for denying a just award in this case,” the chief justice found in his 8 April Grand Court ruling.

He also stated, “The CIREBA Rules and Regulations, while designed to promote and protect the interests of its members (and avowedly to enforce ethical behaviour among its members in the public interest) in so doing nonetheless operate in restraint of trade with non-CIREBA members. This restrictive and one-sided nature of the covenant within the rules is patent.”

Noting that the defendants acknowledged that the services of CRC representative, Duke Tibbetts, were indispensable to the successful transaction of the sale, Chief Justice Smellie said, “The evidence is clear on all sides that, but for the CIREBA rules, CRC and Remax would have followed the trade usage in the real estate field and shared the commission equally as co-brokers.”

CRC’s case, argued by James Kennedy of Samson & McGrath, was that Tibbetts, in a conversation with Remax agent Kass Coleman, had insisted on a full 50/50 split of the commission when the property was being shown to its clients, the purchasers. Tibbetts testified that he had made it plain to Coleman that “the only way this deal would work was if the commission was a co-broker 50/50 split” and that she undertook “to work it out” with her boss, James Bovell, a point that Coleman confirmed under cross-examination.

An additional sentence was also inserted into the final written purchase agreement expressly providing for a 50/50 split of commissions between CRC and Remax as co-brokers, which Coleman stated that she did not see.

However, the chief justice concluded that no contract was formed as to the sharing of commissions or payment of a referral fee, either through the additional sentence or the conversations between Coleman and Tibbetts. Rather, he based his ruling on an award by way of quantum meruit (literally “as much as he deserves”).

Basing the size of the award to CRC on the benefit Remax derived “by way of unjust enrichment at CRC’s expense”, the judge concluded that this should be one-half of the 5% of commissions paid by the vendor on the transaction. “This amount – CI$165,000 – is the amount which Remax would not have been able to keep but for its unjustified reliance upon the restrictive CIREBA rule in the circumstances of this case.”